All pupils study RE and Citizenship in a combined program. Green denote Citizenship topics which have been designed and developed to support to broad National Curriculum Knowledge and Skills curriculum. RE denoted in red developed in line with the Lancashire Locally Agreed Syllabus.

At KS4 there is additional topics on Careers and  PSHE.

Teaching should develop pupils’ understanding of democracy, government and the rights and responsibilities of citizens. Pupils should use and apply their knowledge and understanding whilst developing skills to research and interrogate evidence, debate and evaluate viewpoints, present reasoned arguments and take informed action.

Pupils should be taught about:

Teaching should build on the key stage 3 programme of study to deepen pupils’ understanding of democracy, government and the rights and responsibilities of citizens. Pupils should develop their skills to be able to use a range of research strategies, weigh up evidence, make persuasive arguments and substantiate their conclusions. They should experience and evaluate different ways that citizens can act together to solve problems and contribute to society.

Pupils should be taught about:

At KS3 pupil study a programme incorporating Learning to Learn and PSHE. The PSHE is in line with the Non-Statutory Guidance form the DFE.

At secondary school level, sex and relationship education should prepare young people for an adult life in which they can:

Magistrates in the Community workshops Yr7 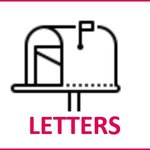 End of Term Message from the Principal 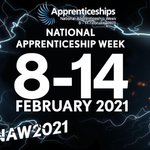