Central Lancaster High School is very proud of its status as a Stonewall School Champion. This means we are actively seeking to create a fairer, safer and more inclusive environment for our Lesbian, Gay, Bisexual and Transgender students.

Over the past year we have taken many steps forward in this endeavour including:

Additionally, we have a dedicated & inspirational group of Sixth Form students who act as our Stonewall School Ambassadors. As well as leading the student group meetings our ambassadors will also be launching school and wider community campaigns to tackle LGBT discrimination.

Their first campaign is researching LGBT icons to represent each subject taught in our school. These icons are experts in their field and remind us of the positive contribution of the LGBT community.

Stonewall was founded in 1989 by a small group of people who had been active in the struggle against Section 28 of the Local Government Act.

Section 28 was an piece of legislation designed to prevent the so-called 'promotion' of homosexuality in schools; as well as stigmatising lesbian, gay and bi people it  galvanised the LGBT community.

The aim from the outset was to create a professional lobbying group that would prevent such attacks on lesbians, gay and bi people from ever occurring again. Stonewall has subsequently put the case for equality on the mainstream political agenda by winning support within all the main political parties and now has offices in England, Scotland and Wales.

Stonewall is now renowned for its campaigning and lobbying. Some major successes include helping achieve the equalisation of the age of consent, lifting the ban on LGB people serving in the military, securing legislation which allowed same-sex couples to adopt and the repeal of Section 28. More recently Stonewall has helped secure civil partnerships and then same-sex marriage, and ensured that the recent Equality Act protected lesbian, gay and bi people in terms of goods and services.

Stonewall began the Stonewall School Champion program in an effort to tackle Homophobic, Biphobic and Transphobic bullying that young people face everyday. They provide resources and training for schools to help them in their efforts. 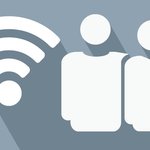 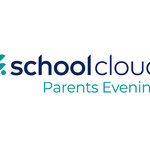